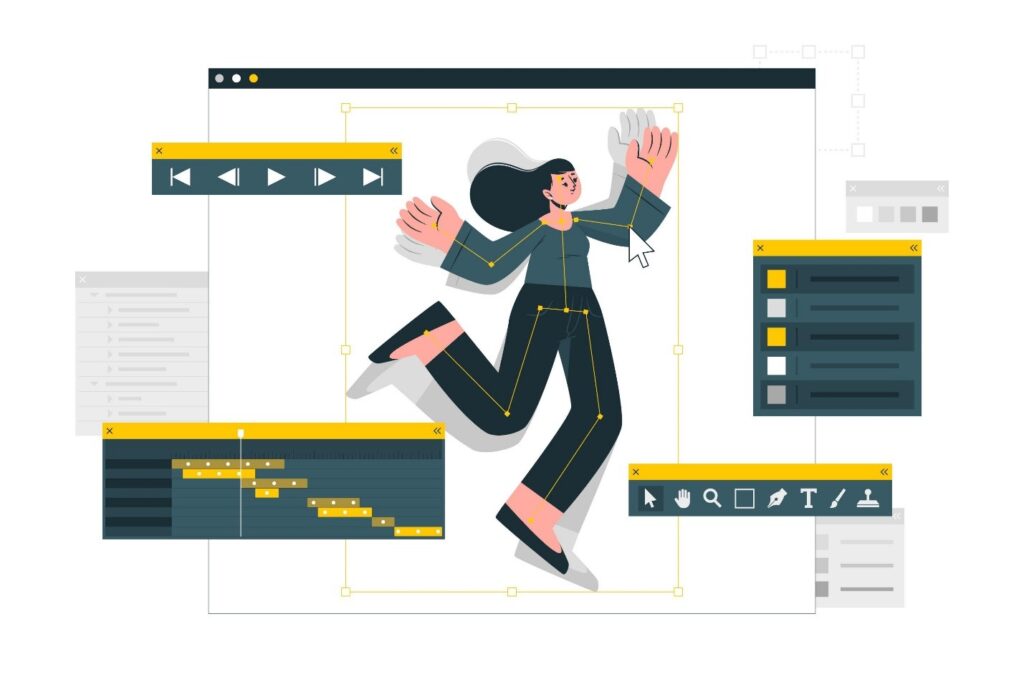 The animation industry has come a long way.

Compare the first animated video created (we’ll get to that in a minute) with something from the modern era, and the difference will be as clear as day.

It’s a testament to the tireless work of animators who continue raising the bar.

We’ve already covered the names of those animators in our last blog, ‘Let These Famous Animators Be Your Ideals.’

So, in today’s topic, we’re taking a 180-degree turn by exploring the fascinating facts about the animation industry.

How Old Is Animation?

The first glimpse of animation was seen around 5,200 years ago in Egypt and Iran; the people there understood moving images created an illusion of a video.

Therefore, they created murals of moving animals and humans, often on pottery.

After that, no one knew what happened to animation until it resurged in the 19th century. 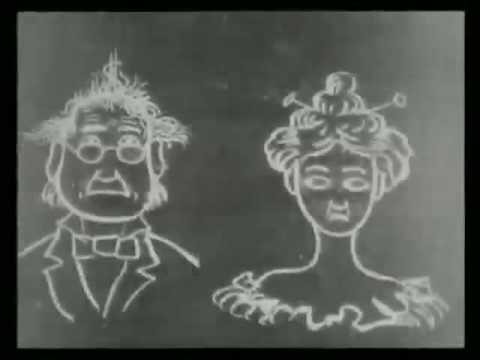 The 3+ minute animated video opens with white lines appearing on the screen that spell out the film’s title. As it moves forward, a bunch of characters appear, including an older man and a woman, who change their expressions, and a clown, who uses various techniques to entertain the viewers.

Blackton made the video – which moved 20 frames per second – on a blackboard using chalk.

Following Humorous Phases of Funny Faces, a number of animated films were made:

These are just a few of the many titles that significantly contributed to changing the face of the animation industry.

Now that you’re familiar with how the animation industry came into being, let’s go over a few fascinating facts.

Interesting Facts About the Animation Industry

The Characters from The Little Mermaid Had Real-Life Counterparts

We’re sure you know the words to The Little Mermaid’s ‘Part of Your World’ by heart. But there’s one thing you must’ve missed when you watched the movie as a child.

Ariel and Prince Eric were based on real-life people, Sherry Lynn Stoner and Joshua Finkel, who served as ‘animation reference models.’

Stoner and Finkel were handed the film’s script and would act out the scenes. Then, based on their hand movements and interactions, the animators would draw the characters.

Stoner also served as an animation reference model for another titular Disney princess Belle from Beauty and the Beast.

Mickey Mouse, one of the most famous cartoon characters and Disney’s mascot, is not an original character (cue the gasp).

The story goes back to 1927, when Walt Disney, along with Ub Iwerks, created a cartoon character, Oswald the Lucky Rabbit, for their studio, which was under contract for Universal Pictures. He played the titular role in many short-animated films.

Charles Mintz, a producer at Universal Pictures, controlled the copyrights to Oswald and was eligible to earn all the profits off of the character. This irked Disney, who (rightfully) thought he and Iwerks were the creators of Oswald.

So, disappointed with Mintz and the studio, Disney decided to be the sole owner of the characters he created and vowed never to give up their copyrights.

Disney and Iwerks tweaked Oswald’s ears by making them shorter and, thus, created arguably the most famous mouse – right there with Jerry from Tom and Jerry – of all time.

Animators Go to Great Lengths to Perfect Their Work…

If you thought creating animated videos was easy, you obviously haven’t met the animators who worked on DreamWorks Animation’s How to Train Your Dragon.

During the film’s production, its animators had to attend a two-week flight school to perfect the dragons’ movements, including take-off and landing. The program was explicitly created for the animators’ convenience.

Suffice it to say, the animators’ hard work paid off, as the films collectively earned $1.6 billion made on a budget of $439.

So, the next time you have to learn a language to impress your customers, remember, it could’ve been worse; you could’ve been asked to attend a flight program.

Did you think attending a flight school to learn animation was a bit much?

It’s reported that after reaching the production stage halfway, the DreamWorks Animation film’s special effects team struggled with the depiction of mud. So, they took mud showers to ensure their work was as realistic as possible.

Moreover, since the titular character lived in a swamp, the film’s art director Douglas Rogers visited Mongolian swamps to get the details right. In his efforts to do so, Rogers was even chased by an alligator.

Most Cartoon Characters Have Four Fingers

What do the famous animated sitcom dads Bob Belcher, Peter Griffin, and Homer Simpson have in common? Yes, all three are characterized by slapstick humor, but that’s not it.

All three – and countless other animated characters – have only four fingers; this goes against everything animators have been taught, considering animation is supposed to be inspired by real life.

And in reality, humans have five fingers, not four.

Well, there’s no one answer to this question; it has multiple explanations.

For starters, creating four-fingered characters is much easier than adding another finger. It saves animators a lot of time, which in turn saves the production company thousands of dollars.

Another reason is that the father of animation, Walt Disney thought that “Using five fingers would have made Mickey’s hands look like a bunch of bananas.” (That’s quite true if you think about it).

This practice is adopted by animators to this date.

Some also claim that since most animated characters are animals, it wouldn’t be right to give them more than four fingers.

If you’re picking up your jaw after reading these interesting facts, you’re not the only one. We found them quite fascinating as well.

But these tidbits also inspire us to do our best every single time, which is precisely what you can expect us to do while working on your project.